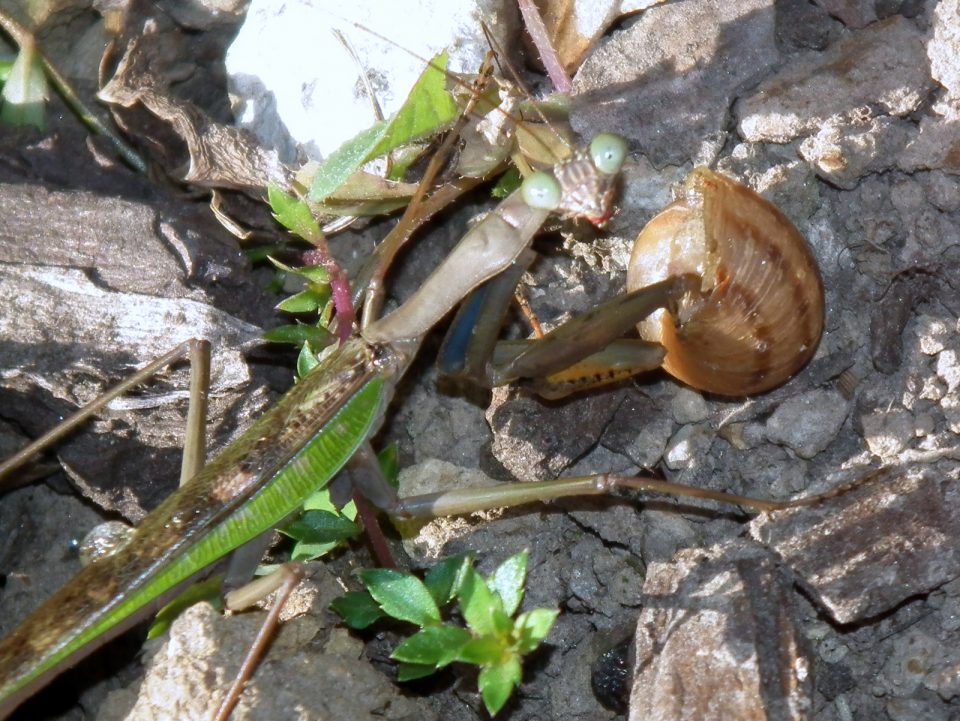 Way back in February 2012, on the rockery at the Garden Route Botanical Garden, a very large Praying Mantis was seen clutching/carrying/eating(?) a snail. Could/do mantids eat snails was subject to much discussion, possibly accidental carrying or was the mantid trying to catch the flies attracted to the injured snail? Then others found similar observations elsewhere clearly showing mantids eating snails and all those involved in the discussion were finally convinced that mantids can and do eat snails! So do leave mantids in your garden, they do control all sorts of pests and are harmless to us. Well almost harmless. A Flag Mantis of this size can draw blood with those very powerful forelegs if you try and harm it.

The Mantid was identified as the Flag Mantid (Polyspilota aeruginosa), which can reach 80mm, has bright blue inner fore legs and a dark spot on base of the femur. The unfortunate snail is the Garden Snail (Cornu aspersum), an introduced species from Europe, a major pest in gardens through South Africa. This is the same species served at fancy restaurants as Escargot, at fancy prices, usually with strong garlic sauce, which is the tastiest part of the dish. Our mantid preferred its snail raw, did not have to pay the fancy price but reduced the number of this pest by one.

It is amazing what you can find in your own garden or local park, some things that astound even the experts, as in this case. 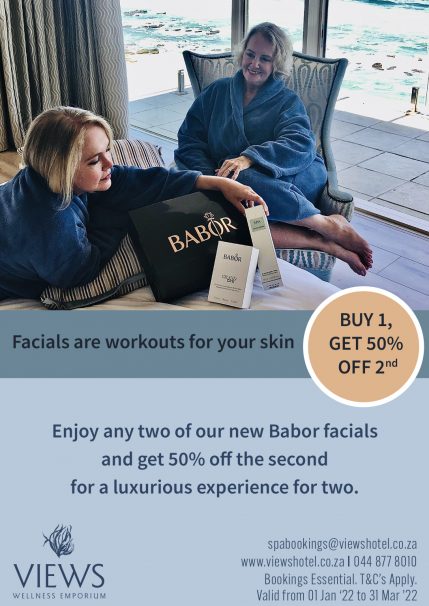