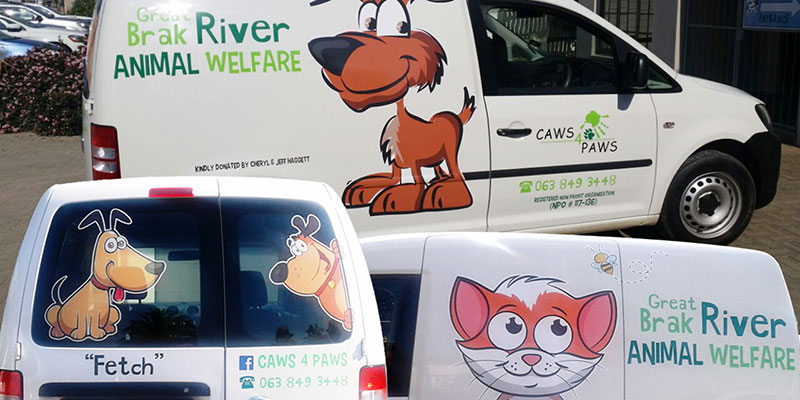 CAWS 4 PAWS volunteers recently welcomed – ‘Fetch’ – a brand new and much needed member, ready to go to work this spring. One morning Barry Greyvenstein had the vision of a little Bakkie rushing around Great Brak River – helping cats and dogs who are in distress. He said he imagined all the amazing volunteers urging them to’ Fetch this’ and ‘Fetch that’. And so he said to Laurett (Blok), that that is what the first van should be named.

This cute and handy utility vehicle was made possible by a greatly appreciated donation from the late Cheryl and Jeff Haggett. One of Cheryl and Jeff’s good friends – Vivienne Fry – shares some of her memories: ”Jeff and Cheryl who referred to themselves as ‘Die Engelse’, met at 15 years of age, fell in love, married and stayed together their whole lives. Everyone who knew them could vouch for their genuine love, affection and respect for one another. They both grew up poor and made a decision not to have children, instead, they poured their love into the care of animals. Jeff had a technical background and had his own engineering company in Port Elizabeth. Cheryl spent her working life at FNB. They retired to Hersham, but Cheryl was not ready to stay at home. 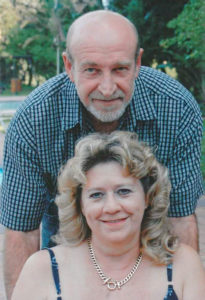 Many will remember Cheryl as the receptionist at Pure Senses, where she worked until she was diagnosed with cancer. Cheryl was always perfectly groomed and polite unless she saw someone abusing or neglecting an animal – then she became a firebrand! Both of them were ‘petrolheads’ and followed F1 religiously. Jeff’s bar was done out in Ferrari regalia and his friends spent many evenings there – either watching racing or Joe Bonamassa videos – Jeff’s favourite blues guitarist, and eating hot curries. When Cheryl was diagnosed with cancer in May 2015, Jeff was devastated. He cared for her until she passed away, 9 months later. Jeff never fully recovered from losing ‘his angel’ and almost 10 months to the day after she died, he suffered a massive stroke, passing away only a few days later. Both of their ashes are scattered at the mouth of the river in Great Brak. They left behind their one surviving cat, Snuggles, who lives with me and a group of friends who remember them with great love.”

When Cheryl passed away, Jeff went to see Barry and said that he would like to make CAWS4PAWS a beneficiary in his will. And so it all came to fruition.

What a wonderful example of how animal-lovers can benefit our furry friends after they pass on. Should you wish to get involved on one or more of the different platforms, or offer any other support to CAWS 4 PAWS in their dedication to alleviate the suffering of domestic animals in and around the area, please contact them on 063 849 3448.

WHERE DO WORDS GO? 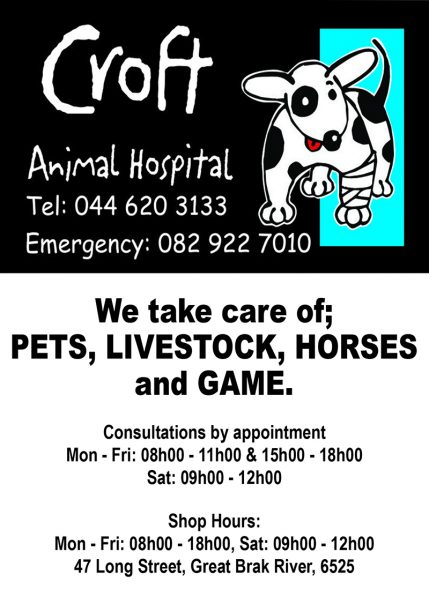 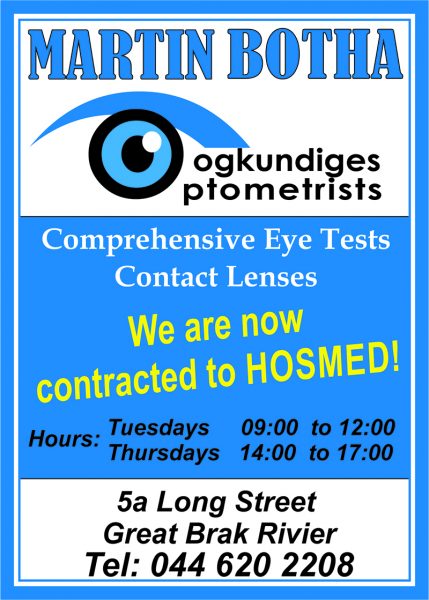