This national park looks a bit like a horizontal semi-colon hugging a section of the Limpopo River in the extreme north of the Limpopo Province. The Shashe River, flowing in from the north, intersects the Limpopo at an angle and at this point — a broad flat far-seeing site called The Confluence — you can gaze over the land of three countries. South  Africa, Botswana and Zimbabwe.

It’s a lovely park, Mapungubwe, with its massive sandstone outcrops sprouting out of sedimentary hills; the red-bronze glow of the rock in the dying sun; gargantuan baobabs with scruffy arms outstretched (in winter that is); and the sallow white trunks of large-leaved rock figs pouring themselves over the stone with roots that slither and snake along rock crevices.

There are different interpretations for the name ‘Mapungubwe’, all referencing the sacred hill kingdom of a long-lost civilisation. Depending on the ethnic group — Pedi, Sotho
or Shona — the name varies: ‘stone, or place of wisdom’; ‘place where the rock turns into liquid’ (perhaps the smelting of gold?); and ‘place of jackals’.

We’ve visited many times, and the highlight this time was a short, testing, but quite exciting 4×4 trail called Kanniedood Loop. It’s the Afrikaans term for both a dwarf aloe and also various Commiphora tree species, in particular the paper-bark commiphora, with its strange yellowish peeling trunk. These trees are so hardy that, in colloquial terms, they “kan nie dood nie”, an allusion to the fact that the tree just refuses to die, even in water-scarce years. Mapungubwe was definitely a lot drier than we’ve experienced, made up mostly of shrivelled mopane shrub interspersed with lustrous yellow grasses. SANParks has also adopted a policy of not maintaining manmade water sources, as animals are breeding too rapidly for the parks to sustain such burgeoning numbers. Nature must take its course.

The 7 km trail nevertheless took us an hour to do, with view stops and photo pauses. After serious corrugations, it began with a lot of rocking and rolling over embedded stone. Our wheels crunched and shifted over rock-strewn sections and there were rock shelves to navigate carefully over, as well as bouldered dry riverbeds to cross. High clearance is crucial. Stretches with narrow concrete strips up and down long hills needed careful manoeuvring. These are so steep that as we topped the rise we couldn’t see over the nose of our vehicles, and were then faced with an equally vertical descent. It was all great fun. There was not too much wildlife in the 30°C heat other than small groups of impala, a few solitary zebra, and surprise, surprise, the first gemsbok of our trip. (We were dead sure there were lions hiding out in the grasses, though!)

Nearby is the beautiful Schroda dam, an enormous expanse of water with a lovely thatched lookout, great place for a coffee stop (which of course we had). We visited twice and the first time, across the water on the opposite bank, we watched female kudu, impala and a crowd of gemsbok trip down to drink. The second visit, two separate herds of elephant threaded their way through the mopane to line up, straw trunks extended all in synchrony. A large pod of hippo had also appeared, and had gathered in the sun on the sand. Then a pair of fish eagles swooped and perched and cried to us.

Aah, now we clearly knew we were in Africa.

HOW TO LIVE WITH A WOMAN – AND A MAN

You have a choice, make it green! 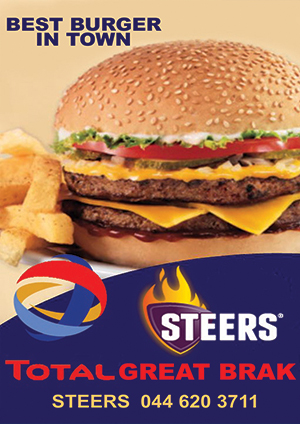 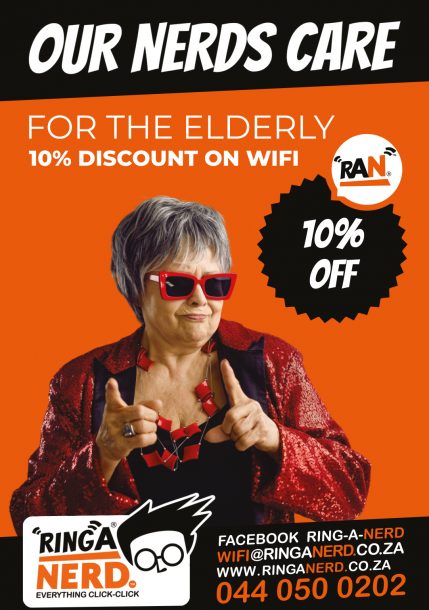