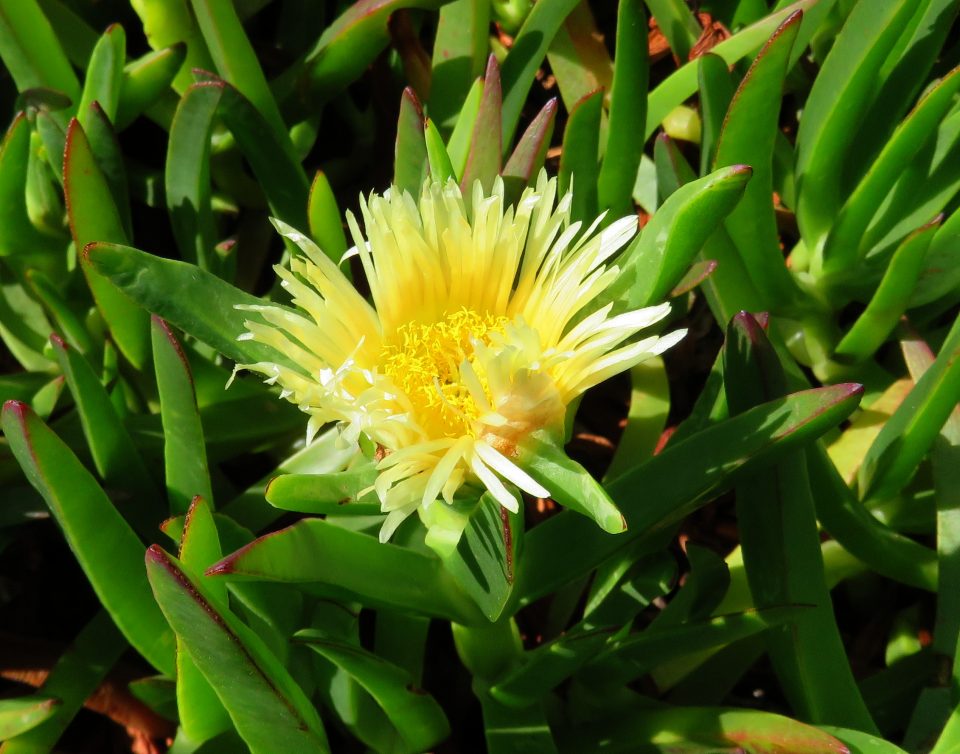 Living in the Western Cape one frequently comes across this easy-to-grow succulent, found on coastal and inland slopes and often seen as a pioneer plant in areas that have been disturbed or destroyed. It is known by many names – the Cape fig, dune fig, ghoenavy, ghaukum, Kaapse vy, perdevy, rankvy or suurvy (Carpobrotus edulis). The beauty of this plant lies in the fact that it is a low-maintenance, water-wise plant that forms an excellent groundcover but also has useful first-aid properties, edible fruits and serves as a food and water source to many of our fauna.

The plant forms dense mats with roots at the nodes and stem that curve upwards at the growing points. It is interesting to note that the leaves are 3-angled and triangular in the cross-section. Solitary flowers are produced during late winter to spring and these open in the morning during bright sunlight and close at night.

A fleshy, edible fruit is formed resembling the shape of a spinning top, which turns yellow and fragrant when ripe. As the fruit ages, the outer wall becomes leathery and wrinkled containing a sticky, sweet, jelly-like mucilage with the seeds embedded in it.

The plant leaves serve as food for tortoises and the fruits are eaten by small rodents, baboons, monkeys, porcupine, antelope and people, whilst the flowers attract many beetle species, antelope, monkeys, baboons, porcupine, and a very important visitor – the bee. Snakes like the Cape cobra and puff-adder are frequently found in Carpobrotus clumps where they prey on small rodents, lizards and skinks. Bird species that feed on snails, rodents, lizards and skinks will also be seen as they search for their food.

One of the main advantages of growing Carpobrotus is that it could be planted in firebreaks as the succulent leaves can stop a quick-fire in its tracks. It is also an excellent way to curb soil erosion.

The sour fig has uses in the home too as jams, preserves and medicine. The juice of the leaf is antiseptic with astringent properties. It has been used to treat diarrhoea, dysentery, stomach cramps, sore throats, bluebottle stings, burns, bruises and many more. 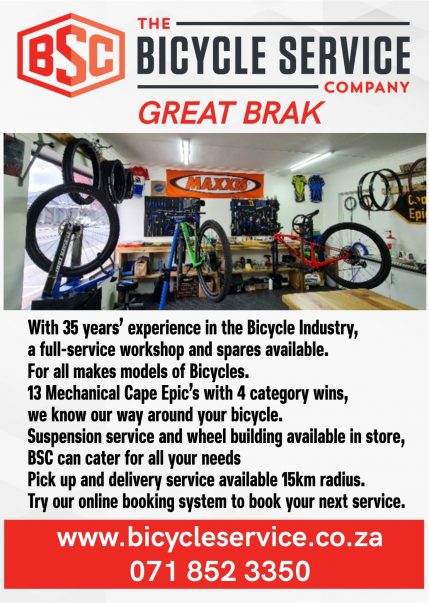 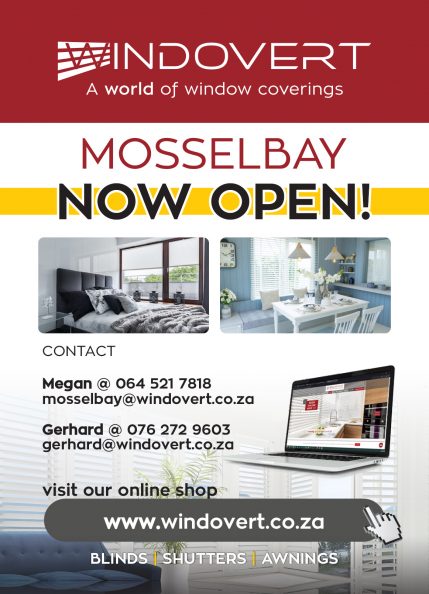