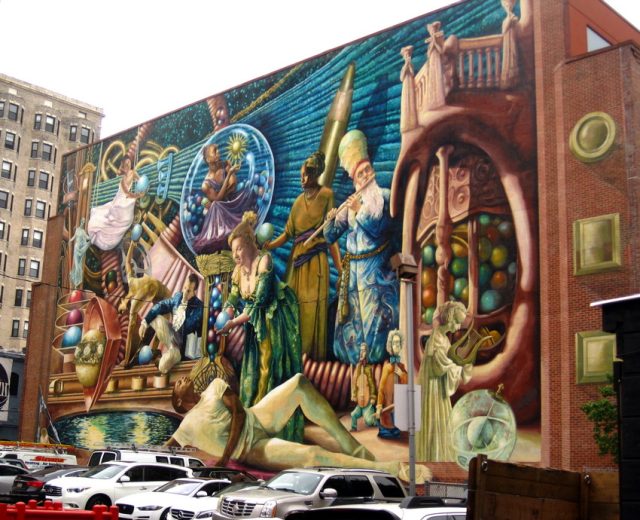 Philadelphia has had its share, historically, of cultural discrimination, racial tension and race riots. The 1960s and early 1970s were particularly turbulent times, with drug-related gang warfare plaguing the city. In 1970 crime was rated Philadelphia’s number one problem.

In the late 1980s, as a part of efforts to revive and revitalise the city, an organisation called Mural Arts Philadelphia was set up, with the goal to establish a cultural vibrancy that would “reflect and honour all human identities and experiences”. The organisation’s aim was for people of all cultures and social backgrounds to have a say in the future of their own lives and communities. Today, the organisation claims, Philadelphia has earned itself international recognition as the Mural Capital of the World.

Apparently tourism is today one of the city’s main industries; in 2018, Philadelphia was the eighth-most visited city in the USA. Which is how, of course, we found it! (Having been fortunate enough to already have visited quite a handful of America’s major attractive cities in the past …)