After a recent article on the development of agriculture in the ancient civilizations, someone asked me where I got all this information. “Do you Google it?” Since early childhood I liked words – in actual printed books – with pages that you can turn, feel, and smell (especially encyclopaedias and stories about faraway lands and other cultures).

From about c. 4000 BC Sumerians used pictograms to keep records. Gradually these were replaced by symbols used to represent the sounds and syllables of a word, rather than the idea it conveyed. The early pictograms were carved onto stone. Later, from about c. 3500 BC on, scribes (writers) kept records by making vertical, horizontal and oblique strokes on damp clay tables using a wedgelike section of reed, left to dry in the sun. The scripts were called “cuneiform” meaning “wedge-shaped”. (An early cuneiform tablet, for example, showed details of the amount of barley needed to make beer, malt, and other products.) By c. 2700 BC there were libraries of clay tablets in Sumer. About c. 2000 BC a scribe made a list of all the kings of Sumer from earliest times, of which several copies survived.

The ancient Egyptians invented a form of writing using hieroglyphs that stood for objects or sounds. Egyptian hieroglyphic witing was already in use between c. 3150-2686 BC. Scribes kept records of trade, crops, animals and taxes for the government. From age five, many boys went to scribal school where they learned reading, writing and maths. Funerary texts on the walls of private tomb-chapels were written to ensure the survival of the individual beyond death. The ability to read Egyptian hieroglyphs was lost until 1822 when Jean-François Champollion compared three pieces of the same text in Greek, demotic and hieroglyphic (the Rosetta stone). By comparing the two known scripts with the hieroglyphs, he was able to decipher them.

The two largest cities from the Indus Valley civilisation excavated (so far), revealed a great deal about this civilization. They had systems of counting, measuring, weighing and writing, but experts have not yet deciphered their script.

In the earliest written Chinese, picture symbols were used to represent objects. The earliest of these pictograms date from about c. 1450 BC. It is likely that most writing from this time was done on pieces of wood or fabric which have not survived. The earliest surviving inscription is on pottery, bronzes and animal bones. (A piece of tortoise shell, inscribed with events from the Shang Dynasty, was excavated.)

The Olmecs also invented a hieroglyphic script and a – now famous – calendar. Later the Mayan civilization developed a (very practical even by today’s standards) numeral system to represent numbers and calendar dates. It was a vigesimal (base-20) positional numeral system. The numerals are made up of three symbols: zero (a turtle shell, belly side up), one (a dot) and five (a bar). With these three symbols, each of the 20 vigesimal digits could be written. Numbers after 19 were written vertically in powers of 20.

The art of writing and keeping records have come a long way. However, with the decline of grammatical structure and the ability to spell, as well as the use of emojis and stickers in modern communication – we might be returning to the ancient pictograms. Add to this the internet with an overload of (often unconfirmed, sometimes even false) data and perhaps future civilizations will once again need to “excavate” and use a type of “Rosetta stone” to determine our actual and factual history.

The Illustrated History of the World. 2004. McRae Books. 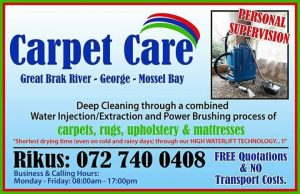